Even for the non-fans among us, you've probably heard of the late '80s, '90s, and modern anime, "Dragon Ball," "Dragon Ball Z," or the latest "Dragon Ball Super."

Me? I used to (and still do, don't judge) watch them religiously. In fact, if you're super cool, you'd even pretend to do a Kamehameha in your backyard (or in the elevator at work), convinced that you could blow up the moon if you wanted to.

Dragon Ball is a new look at a centuries-old story called "Journey to the West," which is about a monkey boy who flies around on a magic cloud. But the show's full of super-fast fighting moves, futuristic technology, dinosaurs, and a single, super-continent planet with a dog for a president.

And tucked in between those iconic, scream-filled transformations are a few lessons that can actually teach us as creatives.

So, let's start the journey along Snake Way, without falling into the Home for Infinite Losers, and see what King Kai can teach us. (Yeah, you're gonna get a lot of references in this one.) 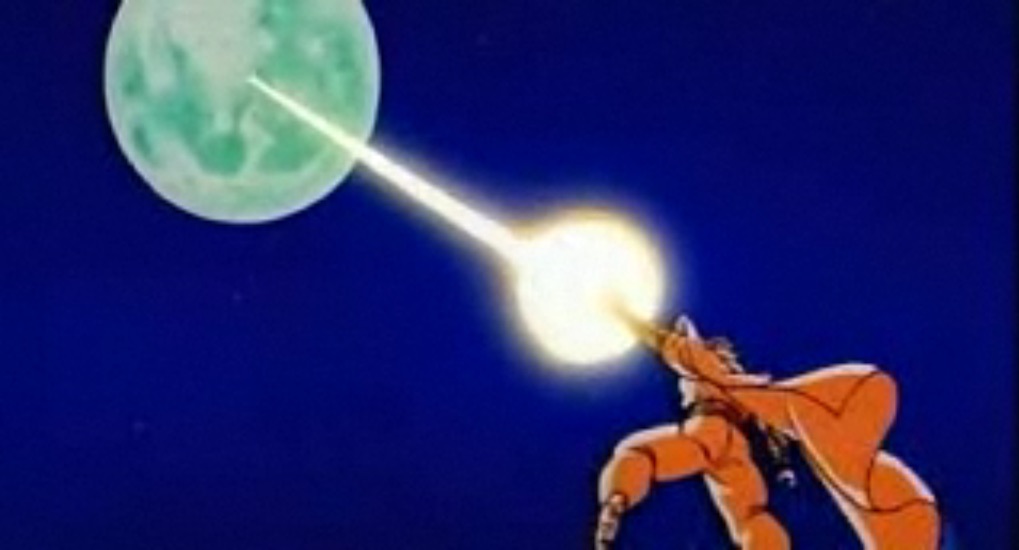 Ever think something's impossible? I mean, against the laws of physics impossible. Then, somehow you pull it off? Just remember that the green dude with the antennaes, Piccolo, and the pervy old dude, Master Roshi, each took their turn blowing up the moon.

The point is, nothing's impossible. Maybe you have to tweak your idea. Maybe a favor or five are called in. Maybe you need a producer that knows literal magic. Somehow, you can find a way, even if it means wishing for it on a bunch of magical balls. You just need to be open to impossibility.

#2 - Saiyans are named after vegetables. 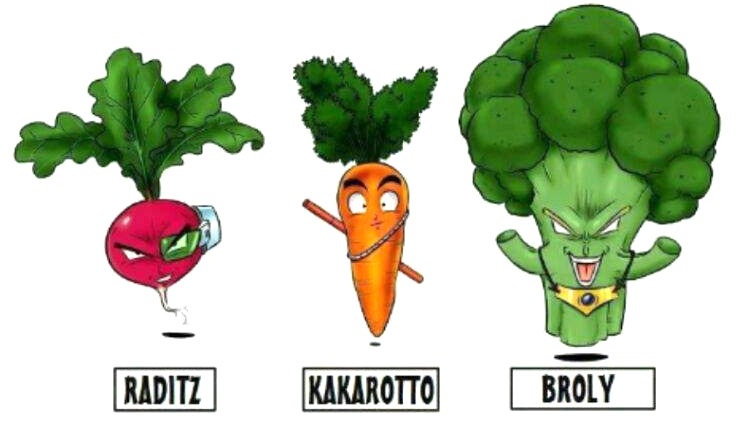 Ever wonder where those weird names come from? Well, Goku is his Earth name. But his Saiyan name (the monkey people race) is Kakarot, which sounds a lot like "carrot" doesn't it? It doesn't end there...

And their original planet is called Sadala, or "salad." Actually, most of the other characters are named after food, too.

The point is, it's good to have a North Star, something that you can use as a guide to create a world. That might be the product insight you've unearthed or the human truth you've embraced. Whatever it is, don't lose sight of it, because it will help keep everything connected. 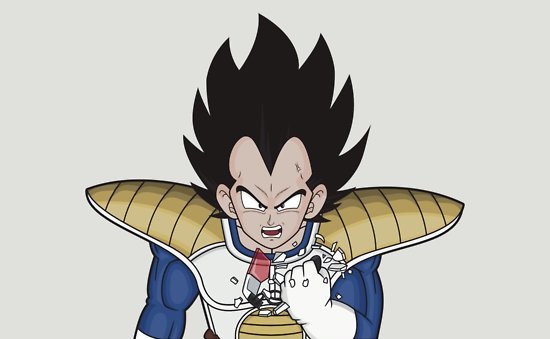 Let's get this one out of the way. While DBZ's use of numeric power levels have sparked countless geeky debates, they also played a vital role in the show.

Don't be scared of the numbers. Data can help you. But you have to use it right. As with power levels, data gets messy and the truth can be hidden, plus it's always based on interpretation. But use them right, and you'll win.

#4 - The richest, smartest person on the planet is a woman. 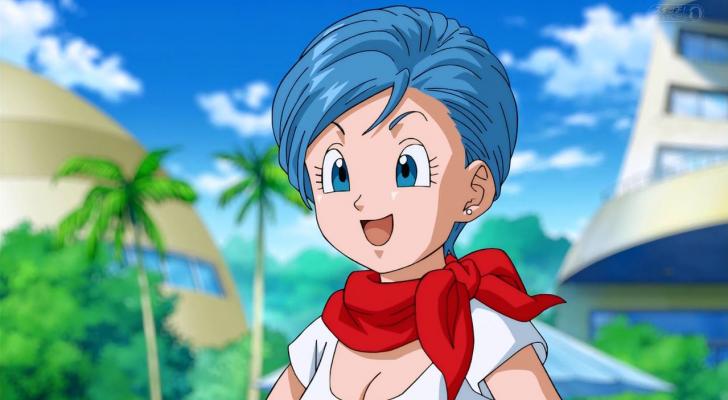 Come on, advertising. Even in the late '90s, in Japan, they got it right. Bulma is a literal genius, who developed a technology that shrinks pretty much anything into a tiny, pill-sized capsule.

And (while women fighters didn't have a huge presence in the old anime) in the latest iteration, women are kicking ass everywhere.

Establishing equal gender roles, and even recognizing the strength in marginalized genders, put DB ahead of its time. But the ad industry has to catch up.

#5 - A complicated design was why Cell never came back. 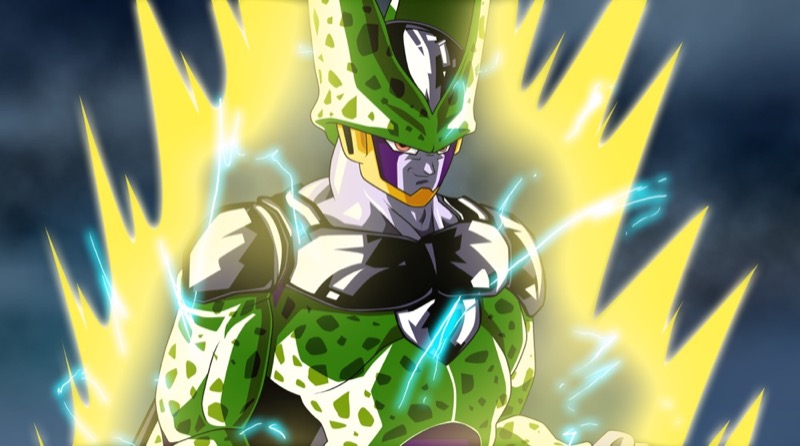 Remember Cell, that buglike baddie who kept eating people? He was one of the most terrifying villains in the Dragon Ball Z series. But do you remember all his spots?

Akira Toriyama created the series, but his assistant was the one who had to hand-draw each of these little dots that covered Cell's body. And they had to consistently be in the same place. Damn. So, he said, "Screw this, it's too much work. We aren't bringing him back."

Let this be a lesson: don't overcomplicate your execution. You never know when your choices are going to come back to haunt you, when you just wish you had simplified everything a little more.

#6 - Frieza's final form was the simplest. 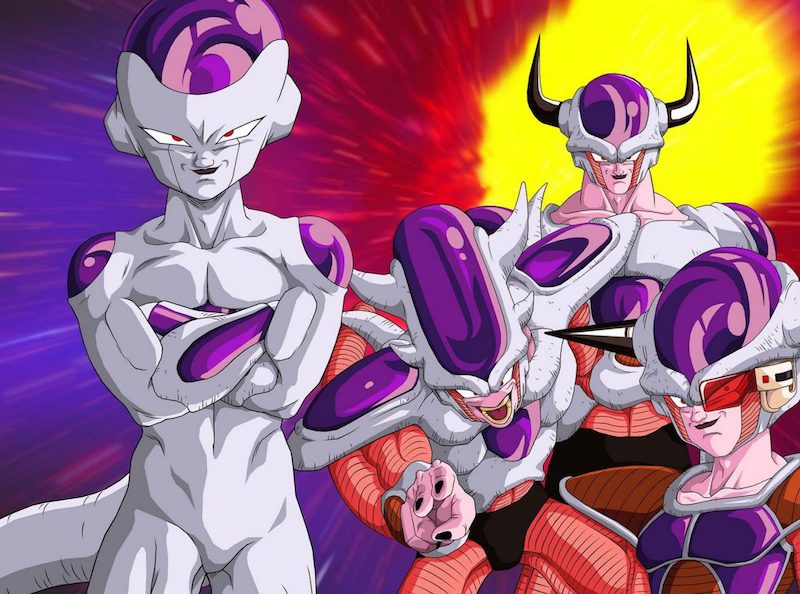 The bad guy we love to hate is Frieza. His epic fight with our hero lasted weeks in real life (even though it was only 5 minutes in their super-speed world). And through that whole time, he went through multiple transformations, which got more and more complex, until his final form. This streamlined, simple transformation removed all the fluffery, and became the iconic version we all remember.

The point is, it's easy to frankenstein ideas together along the way, building and building upon them, until they become too much. When you get to the final execution, remember to simplify. The most powerful executions are the simplest.

Aside from being my excuse to talk about one of my favorite franchises of all time, looking at Dragon Ball is a good way to remind us that even the old stuff can teach us something new.

But just as we look back and appreciate what was, we can't let nostalgia take complete hold. DB wasn't perfect, but it had some great moments. We can remember those moments, but then build upon them.

Because our hero, Goku, would agree: You can always get better.